Think of your bike. How many materials does it represent? A rigid metal frame, firm rubber tires, soft handlebar grips, a cushioned seat, clear and colored lenses — a lot of engineering and testing with 3D printed prototypes go into a smooth, fast ride.

Engineers and designers at Trek Bicycle in Waterloo, Wisconsin, are famously obsessed with improving that ride. Their innovations have included a proprietary carbon-fiber manufacturing method that produces record-breaking lightweight frames, and an ultra-aerodynamic airfoil, the mere shape of which can provide not just extremely low drag, but even negative drag, or thrust.

Trek engineers, designers and technicians have bikes on their minds and, most days, their bodies on bikes. Along with a great deal of road-inspired innovation and testing, cutting-edge 3D printed prototypes helps them chase the perfect ride.

Trek’s prototyping lab was among the first to adopt the Objet®500 Connex3™, an advanced color multi-material 3D printer that runs on PolyJet technology. It creates prototypes that look and feel like production parts, with more material options and more up time than ever before. The system builds color parts with clear, tinted and flexible components all in one job, for example.

Specifically, engineers at Trek embraced the capability to integrate soft rubber-like components into models built from their favorite prototyping material, durable Digital ABS Plus™. This is crucial because so many bike parts and accessories contain rigid and soft components. Before Connex3, the lab would have had to build those devices in separate jobs, swapping out 3D printing materials in between, and then bond the components. Or, to print in one job, downgrade the rigid portions to a less durable, non-composite material. 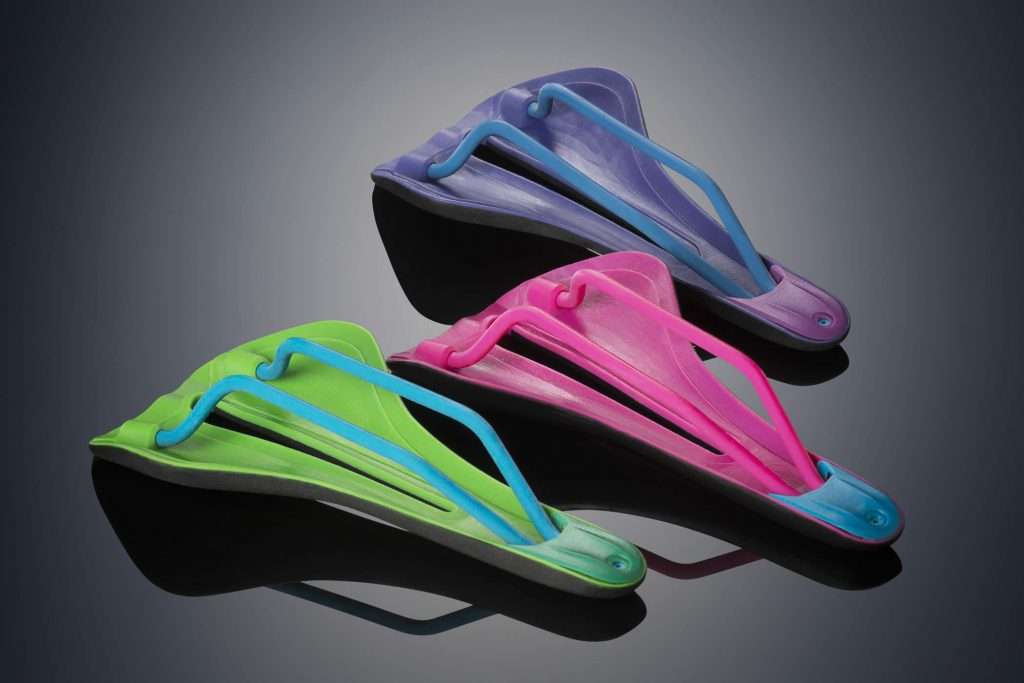 According to engineering tech Guadalupe Ollarzabal, when a prototype leaves the lab, the designers or customers who handle it don’t necessarily remember it’s 3D printed and that, depending on the material, might be fragile. That’s why the shop uses Digital ABS as much as possible.

“For the electronics guys, some of their prototypes are super small, with thin walls. We’ve got guys using them for light fixtures and USB holders,” Ollarzabal said. “Now we can give them a functional work piece to test with Digital ABS and rubber in one part. I have an example on the floor that looks really close to a production piece.” Accessories like handlebar grips and chain guards require the same realism for fit and function testing, including rough rides on Trek’s onsite trails.

“It’s important for our prototype parts to look and feel like production parts,” says Mike Zeigle, manager of Trek’s prototype development group. Except when it’s not: Sometimes, the group is tasked with creating a communication tool, not to test a new product but to convey an idea in three dimensions. For example, an array of human pelvic bones atop model bike seats appeared at a recent trade show.

For these communication tools, color 3D printing comes in handy. Ollarzabal’s team was able to translate finite-element analysis data into a 3D map of a bike seat showing the pressure a rider applies to each area.

“Most people think they just sit on the whole bike seat, but there’s more pressure on certain parts than others. This shows the pressure points so designers can make decisions, like where to put high-density foam, for example”

This obsession with details helps Trek continually improve cycling. “In order to make the best bikes here at Trek, we need the best tools. And Connex3 is the best tool for the job,” says Zeigle. 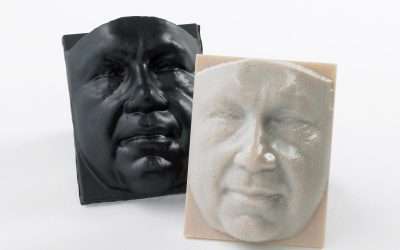 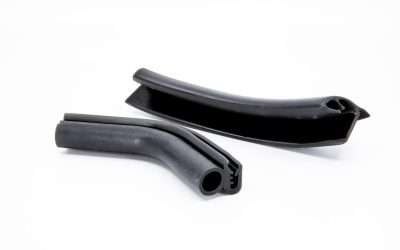 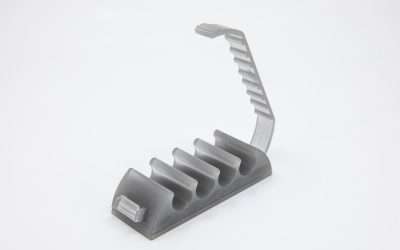